Post-Pandemic Anxiety: How to maintain Cybersecurity 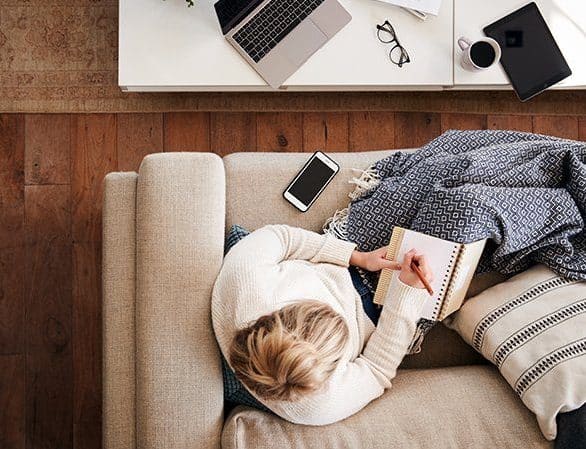 Let’s face it - the “new normal” is here to stay. As the situation of the pandemic changes, working remotely seems to be sticking. According to Pew Research Center over 70% of 5,858 workers report they work from home. More than half of them want to keep working from home due to its practicality and flexibility.

Remote work is not going anywhere, and neither are the security threats. Digital collaboration through various applications and online tools operates with minimum security. And its unsecure connections from home leave the doors open for cybercriminals to step through. Employees who thought they had the right security measures in place, are vulnerable to a cyber-attack. 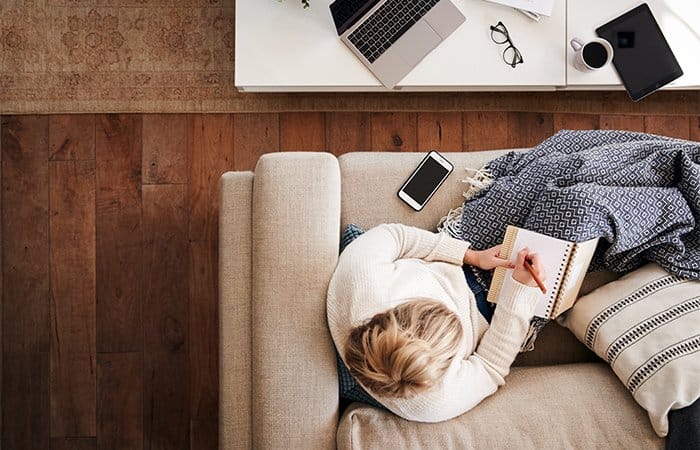 Now that the door is open – let’s identify the criminals waiting on the other side.

There are both inside & outside cyber threats. Hacking threatens the stability of an organization’s network within their “new normal” working environment. VMWare Carbon Black reports a 148% uptick of ransomware attacks at the start of the Work from Home order. As employees operate from a home or public network, appropriate measures must be put in place to keep hackers out.

In addition, employees influence the inside threat greatly. Without on-site supervision, employees are tempted to steal and barter company data for their own gains, reports Threatpost. 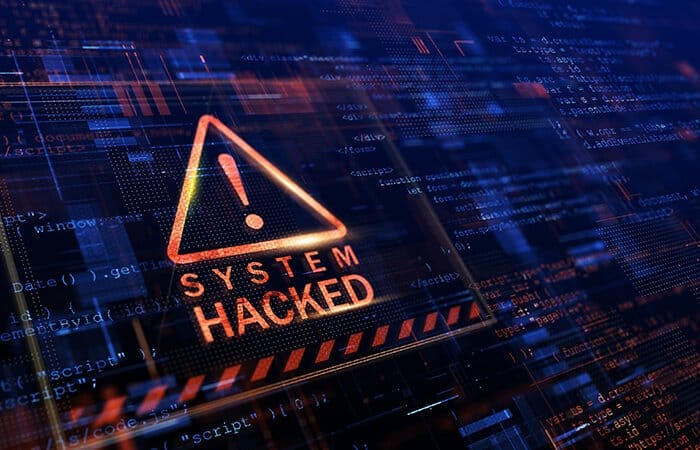 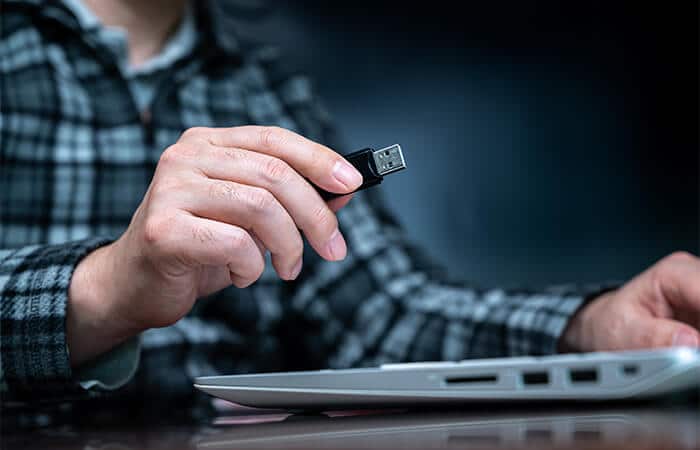 Before the pandemic, companies took care of firewalls and preventative measures to cope with these threats from their secure offices. Home networks exposed access points and unsafe home networks. This gave hackers more surfaces to target, reports Proofpoint.  As a result, you will agree that companies must ward off threats in the digital wild by protecting their assets from public eyes. Luckily, Cherry Solutions has exactly what you need to stay safe from the In-N-Out of cyberattacks with two layers of security.

The Outer Layer to block “In” – ZeroTrust Network Access

Cherry SDP has a solid security system to prevent your company from merciless and consistent outsider threats. To explain about SDP, we first must touch on VPN since  SDP (Software Defined Perimeter) is born from the shortcomings of a VPN (Virtual Private Network). 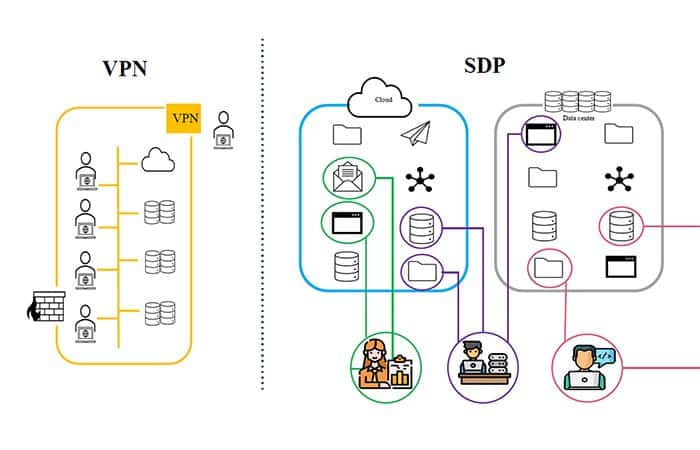 In 2020, 8 out of 10 of the top VPN companies were hacked from its extensive usage. VPNs were unable to keep up with its inflated usage due to the increased number of remote workers. Furthermore, VPN works in a ‘pre-access and post-authentication’ system that imposes a security threat exposing server information.

Cherry SDP, however, blocks every possible “In” for a cybercriminal through a ZeroTrust Network Access with 3 major characteristics.

First, SDP is an identity-based not IP-based security framework that requires an “authenticate the user and the device before connection.” It trusts nobody so every connectivity request is suspicious and requires verification before access is granted. Authentication is done by providing users and devices specific form of IDs to enter the company’s server.

Second, the attack surface is restricted because privileged services can be hidden from unauthorized users. It only grants access to the singular application not in the network level. Since Cherry SDP runs by specific user, device, and application access control, data planes become “invisible” which blocks hackers from network based attacks.  Hackers are unable to easily penetrate the security, in other words, they can’t come in. Which is exactly what we wanted.

Third, Cherry SDP runs by centralized network access control. It constantly monitors the device throughout the application session adapting to changes continuously. It’s a great strength since a single control center can manage access control of the whole corporation regardless of its number of employees.

Through Cherry SDP’s fine-grained access control, critical assets are protected with enhanced security. Now, after securing the “In” of cyberattack, let’s see how the “Out” can be secured.

The Inner Layer to block every “Out”– Data Leakage Prevention

Some people may believe that cybersecurity cannot provide much output when they consider a business’s revenue, but that’s not true. IBM recently reports that businesses with less than 500 employees can cost a company an average of $7.68 million per data leak. It costs a lot of money if your cybersecurity is broken.

In this situation, how would you prevent your security data from data leakage?

To find the initiative threats to your business, ask yourself two questions –

Now with that out of the way, allow Cherry DLP to answer those nail-biting questions for you.

1. From whom and how is the data being used?

You can know your privacy life cycle framework. Cherry DLP commences a phase of discovering, preventing, and auditing.

First, Cherry DLP discovers neglected personal information through auto scanning on all company devices. It minimizes risk in case of a data breach and unnecessary data while encrypting confidential data. Second, Cherry DLP prevents sensitive data from getting “out”. By monitoring a printer, USB, CD/DVD, Airdrop, Bluetooth, Wi-Fi, or other methods of the corporation. Cherry DLP will catch the important information from leaking to anywhere through these devices and keep them safe. Last, Cherry DLP conveys auditing through the real-time event monitoring and log analysis through the central console which prevents a potential breach. The same practice is used through other network gates such as Cloud Services, Email, Instant Message, and more.

You need to consistently check your sensitive data in motion through this privacy life cycle framework.

2. Is our company complying with regulations?

In the goal of ensuring privacy rights are respected, global data protection regulations constantly evolve. Your organization needs to be adaptable and prepared to fulfill privacy compliance requirements such as GDPR, HIPAA, PCI-DSS, and GLBA. Cherry DLP provides various patterns that conform compliance and keeps updating in accordance with the newest patterns. Therefore, Cherry DLP will prevent data leakage as well as help your company to comply with global regulatory compliance requirements just by having the solution itself.

Through Cherry DLP, there are no cracks in which goldmines of company data gets out. Everything will be kept “In”. Nothing escapes through Cherry DLP’s endpoints and Network Data Loss Prevention.

Currently, Cherry DLP has over 1 million global users, and the number of users itself proves how secure Cherry DLP is.

Beyond the Layers – How Cherry SDP & DLP Benefits You

These were the digital bells and whistles of Cherry Security. Then –

What about the implementation of the Cherry SDP and DLP into the workflow?

What does that do? 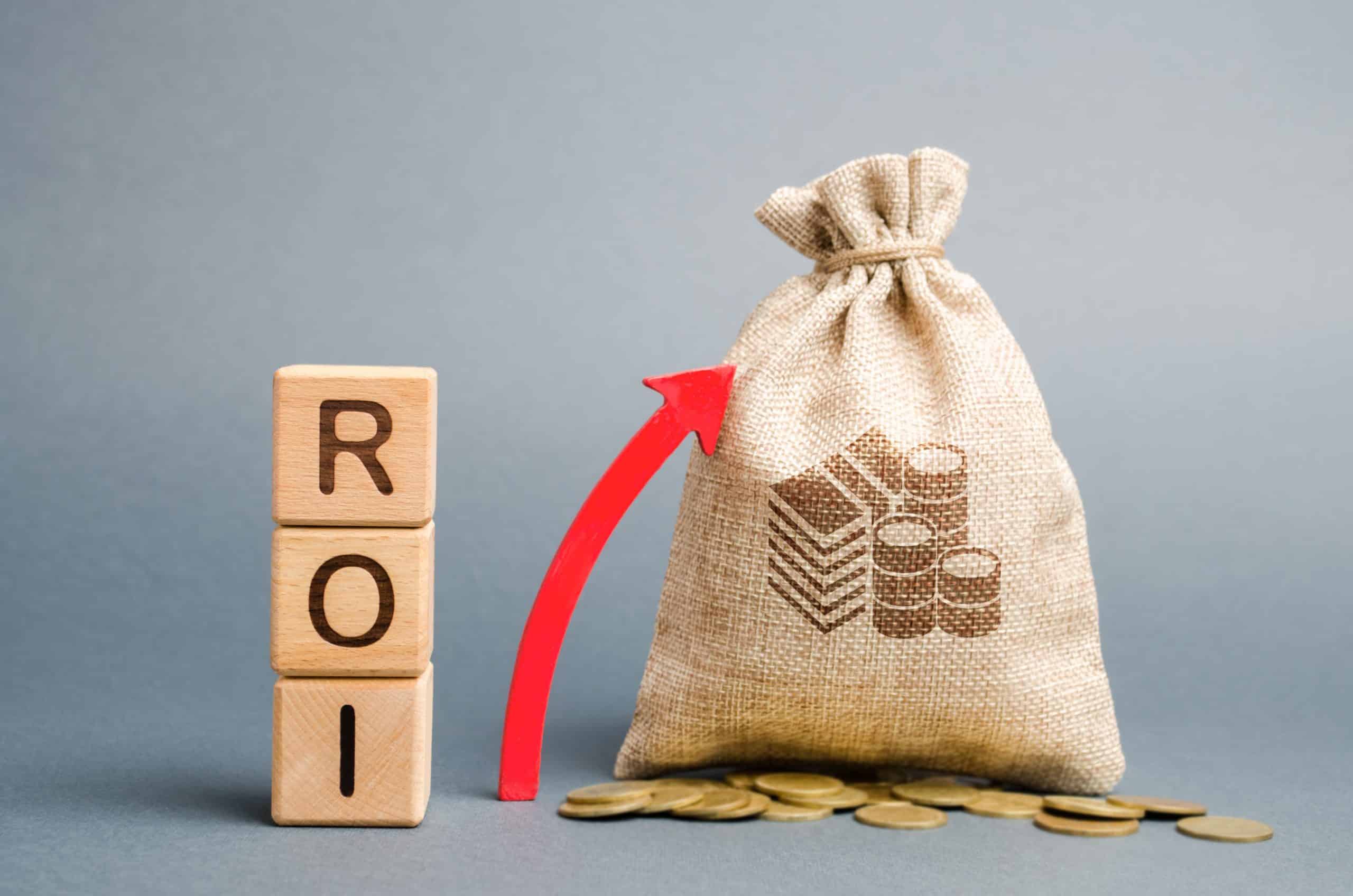 When the personal information of customers and employees are leaked, businesses pay for it. You’re the company that must pay back what others lost on top of their own stolen property and damaged credit. Besides, these infractions affect the reputation of a company, of which value may not be transferable into money.

And most importantly, productivity wanes while a company scrambles to manage the data and financial loss. When the business faces various violations, the focus of employees will be dispersed affecting the output of business at the end.

So, instead of wasting millions and most importantly, time, it is vital to secure your business with a great cybersecurity solution from the beginning, especially to cope with the new normal working environment and increased cybercrime because of it. When you try to settle down after your business is attacked, it may be too late to recover perfectly. Cherry SDP & DLP increases employee productivity and minimizes monetary loss while running your protected company.

Keep hackers out of your server. Pinpoint the avenues in which confidential information could slip through. Don’t depend on a flimsy VPN service to keep you safe, use an SDP that throws cybercriminals off your scent. Then, keep important information in your server and protect yourself with DLP to keep confidential data from leaking. Cherry Solutions guards your company’s protected secrets in this new era of Working from Home – or the coffee shop.

If you are on the road of our new normal era of working remotely, then – stop worrying about your security. Request a demo and a free Cherry SDP & DLP trial today. Keep up with how Cherry Solutions is revolutionizing the business cyber sphere.

This website uses cookies to improve your experience while you navigate through the website. Out of these, the cookies that are categorized as necessary are stored on your browser as they are essential for the working of basic functionalities of the website. We also use third-party cookies that help us analyze and understand how you use this website. These cookies will be stored in your browser only with your consent. You also have the option to opt-out of these cookies. But opting out of some of these cookies may affect your browsing experience.
Necessary Always Enabled
Necessary cookies are absolutely essential for the website to function properly. These cookies ensure basic functionalities and security features of the website, anonymously.
Functional
Functional cookies help to perform certain functionalities like sharing the content of the website on social media platforms, collect feedbacks, and other third-party features.
Performance
Performance cookies are used to understand and analyze the key performance indexes of the website which helps in delivering a better user experience for the visitors.
Analytics
Analytical cookies are used to understand how visitors interact with the website. These cookies help provide information on metrics the number of visitors, bounce rate, traffic source, etc.
Advertisement
Advertisement cookies are used to provide visitors with relevant ads and marketing campaigns. These cookies track visitors across websites and collect information to provide customized ads.
Others
Other uncategorized cookies are those that are being analyzed and have not been classified into a category as yet.
SAVE & ACCEPT